18 women serving in the Arkansas Legislature

This year was the first year the share of female legislators nationwide reached 25%. There are now 1,866 women serving in legislatures nationwide, 18 of them serve in the Arkansas House.

As all of us recognize the achievements of women during Women’s History Month, it is a perfect time for us to share the stories of those who made history here in our State Capitol.

Frances Hunt of Pine Bluff was the first woman to serve in the Arkansas legislature. She was appointed by Governor Thomas McRae to fill a vacancy in the House in 1922. Later that same year, she and Erle Chamber of Little Rock successfully ran for their respective House seats and won. The two served the next two years together.

Rep. Chambers was the first woman to graduate from the Law Department of the University of Arkansas in 1912. However, women were not allowed to practice law in Arkansas until 1917. Rep. Chambers never practiced law but she did serve two terms in the House where she helped to create a commission to care for the blind and cosponsored legislation with Rep. Hunt to improve conditions for women and children.

Rep. Hunt took the lead in Arkansas’s vote to ratify the Child Labor Amendment. Arkansas was the first state to vote for ratification of the amendment which would have allowed Congress to regulate working condition for those under the age of 18.

Vada Sheid was the first woman elected to serve in both the House and the Senate.

Irma Hunter Brown was the first African American woman to be elected to serve in both the House and the Senate. Rep. Brown served in the House of Representatives from 1981 to 1999. In 2003, she was sworn as a State Senator.

In all, 120 women have served in the Arkansas House. They are still making history in the Arkansas legislature today. Just last year, Rep. DeAnn Vaught became the first woman to chair the House Management Committee. 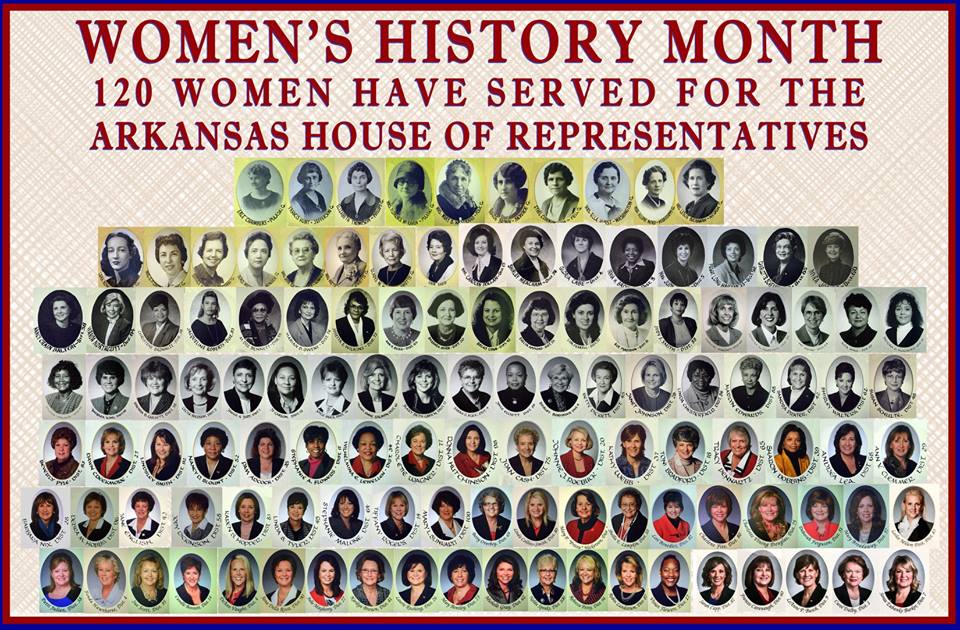 Check out our website arkansashouse.org for all their photos and more information.