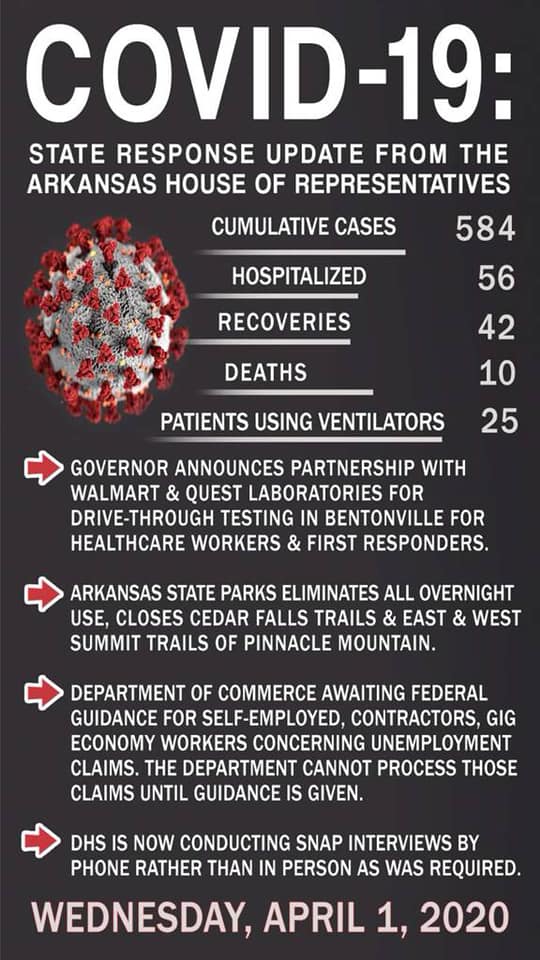 There are now 584 confirmed cases of COVID-19 in Arkansas.

· The Governor announced a partnership with Walmart and Quest Laboratories for drive-through testing in Bentonville for healthcare workers and first responders.

· Arkansas State Parks announced the agency is eliminating all overnight use of state parks. The agency has also closed Cedar Falls Trail at Petit Jean and the East and West Summit Trails of Pinnacle Mountain.

· The Department of Commerce is awaiting federal guidance for self-employed, contractors, and gig economy workers concerning unemployment claims. The department cannot process those claims until guidance is given.

· DHS announced this week they are now conducting SNAP interviews by phone rather than in person as was required.