In a vote of 54-26 with 6 members voting present, the House approved legislation which requires retailers, including online retailers, who do not have a physical presence in Arkansas to notify purchasers that state sales tax is due.

HB1388 outlines penalties if retailers do not either collect the state sales tax or provide purchasers with a notice by January 31 showing the total amount of purchases made the previous year.

The House also voted in favor of legislation which allows images gathered from an automated school bus camera to be used in court.  This technology could be used to investigate cases of drivers passing a stopped school bus.

Meanwhile, the House Education Committee advanced legislation addressing seatbelts on school buses.  HB1002 directs school district administration officials to calculate the cost of placing seatbelts on new school buses if 10% of individuals within the district sign a petition. This would then allow voters to decide if they want to pursue installing the seat belts at the next school board election.

And finally, many of us gathered on the steps of the Capitol today to celebrate a historic anniversary for the House.  It was on this day 100 years that Rep. John Riggs of Hot Springs filed a bill that would allow Arkansas women to vote in primary elections.  That bill later passed and made Arkansas the first state in the South to ensure women had this right. 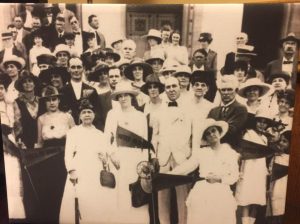 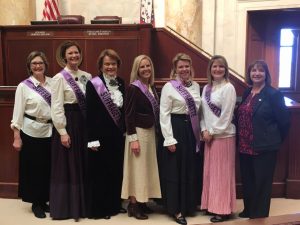