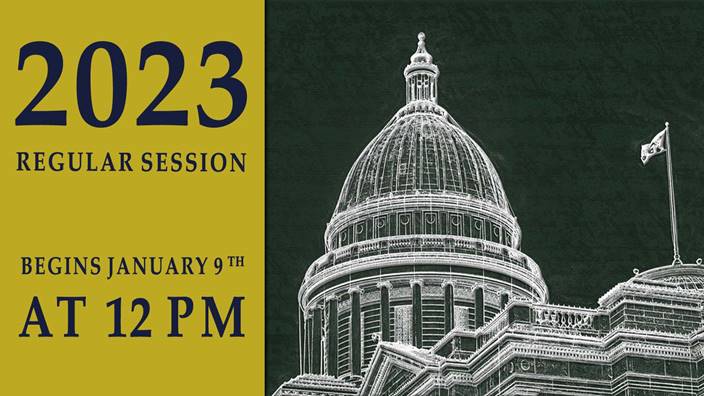 The House Organizational Meeting previously scheduled for November 17 has been rescheduled to Monday, December 5, 2022, at 9:00 am in the House Chamber.

During the meeting, newly elected members will draw for seniority and all members will select their seats for the 94th General Assembly. After seat selection, the committee selection process will begin.

The next day, December 6, newly elected members will begin orientation. For the 94th General Assembly, there will be 26 members serving their first term in the House. The legislative institute will review everything from parliamentary procedures to balancing the state budget so that every member is prepared on day one of the session.

At the beginning of each legislative session, the House and Senate meet separately to organize and adopt temporary rules for the respective bodies. Then on the second day of the session, we will meet in a joint session in the House Chamber to hear an address from the newly elected Governor.

The House streams every committee meeting and House floor proceeding live on our website. We will also be streaming the organizational meeting on December 5. In addition, the recorded meetings are archived and searchable by key terms on our site.